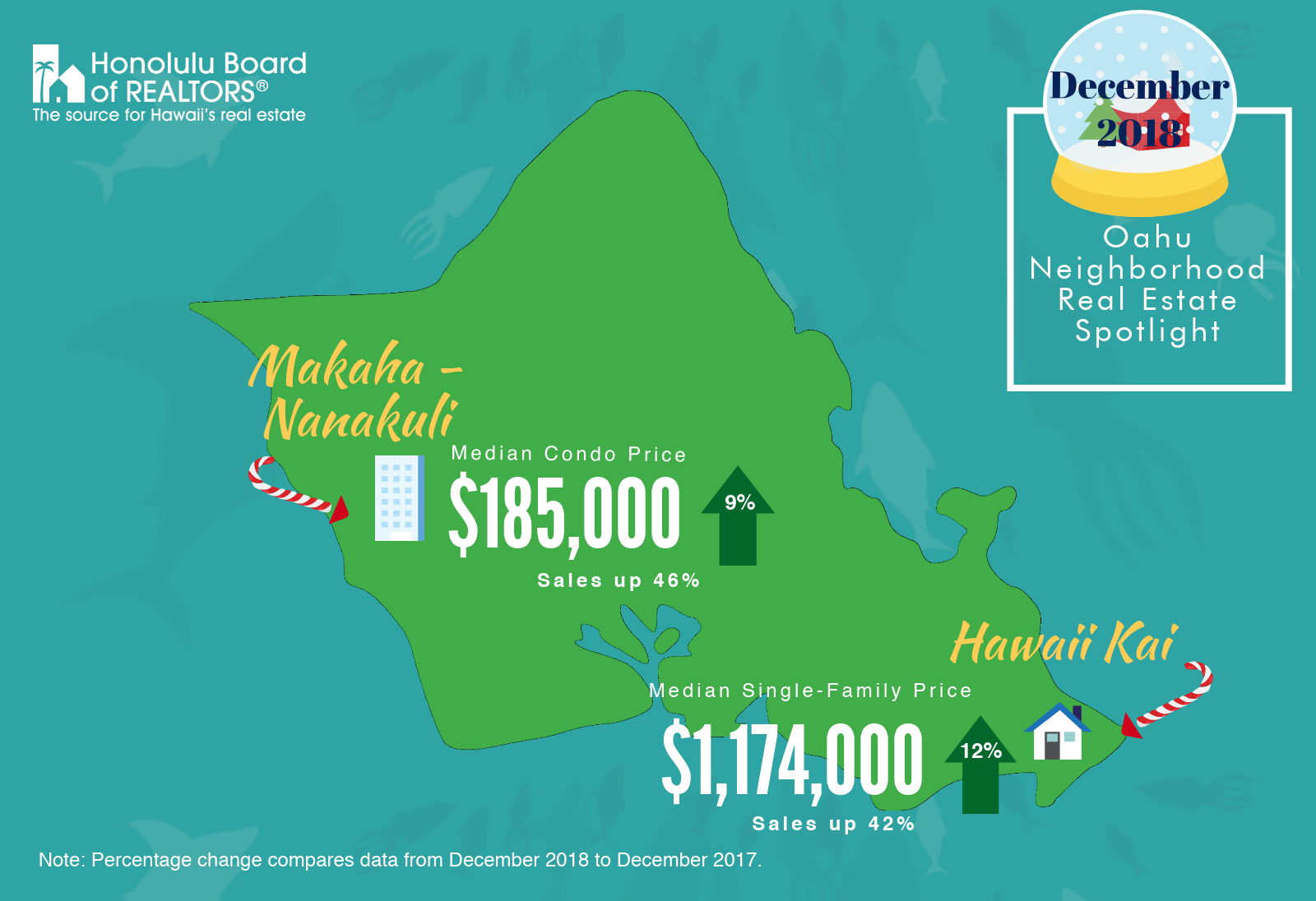 Oahu housing sales cooled in December while median prices remained stable according to resales figures released today by the Honolulu Board of REALTORS®. According to the analysis conducted by the Board, using data collected from its computerized Multiple Listing Service (MLS) system, the statistics are:

“While sales slowed and inventory of active listings increased in the last few months of 2018, December home prices remained very stable,” said Darryl Macha, 2018 president of the Honolulu Board of REALTORS®. “We began to see a shift in the market during the last quarter of the year and as 2019 begins, it appears that trends point toward a more balanced market for buyers and sellers. With the increased inventory in both single-family homes and condominiums, well-qualified buyers may have more options to consider. While current mortgage rates are still relatively low, they are anticipated to rise this year, so those ‘on the fence’ may want to consider purchasing sooner rather than later.”

Thank you for contacting us, we'll get back to you shortly.

Sorry, we are unable to send your message at the moment. Please try again later.